Liberating the flower from the frame: a conversation with Mayumi Lake

Liberating the flower from the frame: a conversation with Mayumi Lake

Mayumi Lake is a Chicagoan who was born in Osaka. She is a photographer who has recently been pushing at the boundaries of her medium by using a photomontage process that consists of high-resolution scans of vintage kimonos. The scans are then hand-cut, varnished, and intricately layered to create large format celestial photo-sculptural works. The patterns are freed from the boundaries of the T-shape of the kimono and by her scissors, undoing the rectilinear frame of traditional photography.

The undulating, curvilinear works draw from the concept of Housouge; the illusory flowers that bloom into the afterlife. Born in the minds of 8th century Japanese poets and storytellers to both soothe and make sense out of the struggles of life and persistence of natural disasters, imaginings of the flowers flourished during the Heian period. The mythological flower is already a visual amalgam; referencing peonies, lotuses, and fantasy, but Lake's work takes it even further over-the-top. Vivid color, opulent pattern and unexpected textures are made more tactile by the inclusion of toy parts, plastic flowers, imitation gold, sequins, and various other objects that lure us into looking more closely and reference Lake’s own childhood. 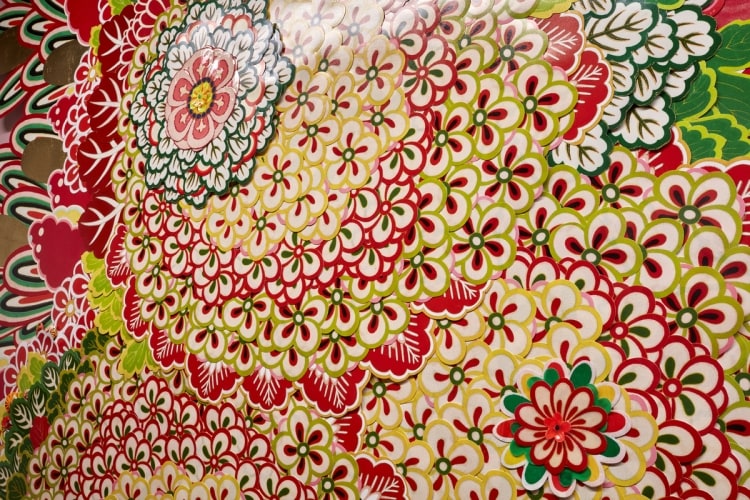 Her photo-sculptural forms have been unfolding, efflorescing and metamorphosing in surprising ways in the various spaces in which they are installed. For example, she transformed the Bolt gallery, at the Chicago Artists Coalition, into an ethereal discothèque by lighting it with strobe lights and a disco ball. At Carrie Seacrest Lake’s artworks became more relic like and the gallery transformed into a makeshift shrine simply by painting the walls gold. Both of these decisions determined to activate the white cube in exciting new ways. Lake is an alumnus of the School of the Art Institute (BFA/MFA). She studied at the Skowhegan School of Painting and Sculpture in 2003 and is currently participating in the Hatch program at Chicago Artists Coalition in Chicago. In September, as part of the program, she will be a part of a culminating group show curated by Elliot Reichert. She is represented by Miyako Yoshinaga Gallery, New York, NY. 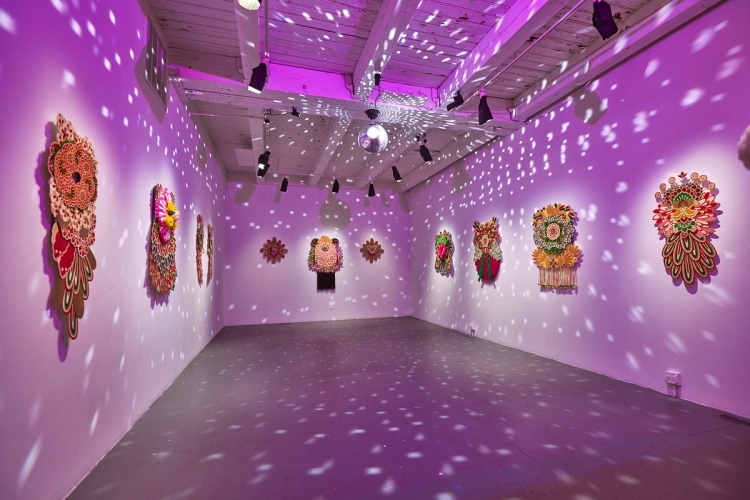 Amanda Joy Calobrisi: Looking back at the past decade of your work, it was very interesting to see how each body of work reacted to the one before it. My Idol begins in a theatrical place, each concept staged and sequenced. The figure, props and setting all working together to form a story. In Aether the setting becomes abstracted. It is simplified to a void. Using darkness, or the color black, to remove specificity of place from the photograph. The figure, seemingly always she, is reduced completely to a costume and the associations that come with the particular garb. Your work moves further in this direction of economy, moving toward figurative stand ins, or objects that evoke human presence instead of actually being peopled. ‘She’ is no longer present or perhaps, they are beyond the boundaries of the frame. Your strategy of revealing traces of what is left behind continues throughout the Latent Heat series. It reaches a crescendo in Subtractive Rainbow, where you unveil an archive of past experiences through illuminating stains on once worn lab coats. In the most recent photo-sculptural work, we, the viewers, are the only humans present. When did the figure start to play less of a dominant role in the work? Did you predict this shift while it was happening? Do you feel that ‘she’, you or models, will make an appearance again?

Mayami Lake: Yes, I used to place somebody, either models or myself, as a storyteller within my images. But after completing Ex Post Facto the project after My Idol, I started to think it would be more challenging to let other stuff, objects, the space, the trace of human presence, or the sense of absence of the human, make the story richer and more suggestive. I wanted to allow my viewers more room to interpret the narrative. My grandfathers, who were the core characters of the work, don’t show up tangibly anywhere in the series. Therefore, the viewers can imagine them more freely, or they can relate or insert their own family members. I used a similar strategy in Poo-Chi by letting the piece of (arm pit) skin and a child’s garment start to unfold hidden stories. Also, the Ex Post Facto series was tough emotionally to explain or write a statement about, since it was dealing with both sides of my family's tragic history. Because of this, I wanted to hide my body from the work and switch to suggesting my existence in another way after this project. That's why you don't see my face even though I was physically in some of the Latent Heat images. I let the landscape and lighting tell the stories. 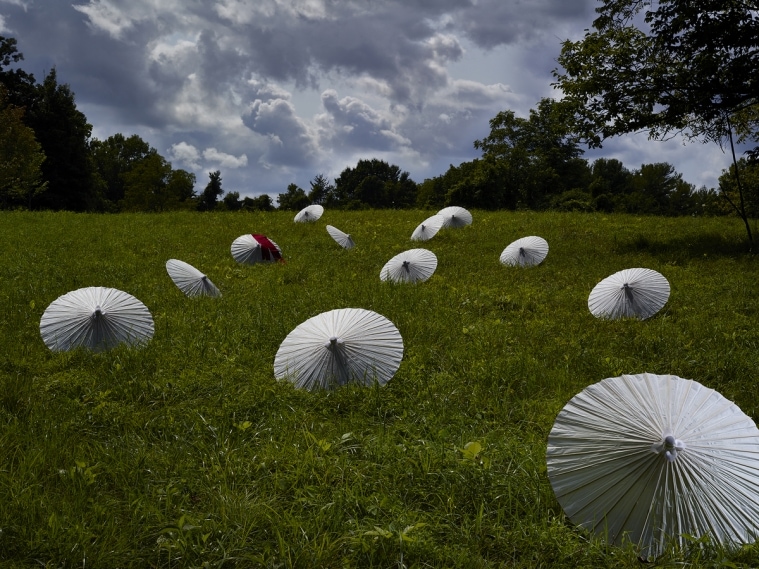 Mayami Lake: Poo-Chi was initially inspired by Duchamp's Étant donnés as well as my recollection of my own body and perhaps how it was viewed by others as a young child in Japan. Representing the child’s body is considered taboo,  but I think also as an object of fantasy in the U.S. This work plays between taboo, fantasy, myth, and obsession with the child's body. If you see something naughty, that's just a reflection of what you view or think about children’s bodies. This work was my MFA thesis at SAIC, and I was super lucky to publish it as a monograph book from Nazraeli Press. That led me to my first solo show at Miyako Yoshinaga Gallery in New York and the work was featured as a cover image for European Photography Magazine. I was told that the Gallery and European Photography Magazine office received many complaints - and the publisher wrote me, "This cover image worked as a great IQ test for our readers!" I was so entertained because those complainers were reporting to us what was in their own minds when they saw my armpit images. Also, right before my Poo-Chi solo show, Michael Jackson's second allegation of sexual abuse happened. The San Diego Police Department found my Poo-Chi book in his bedroom, with one of the boy's fingerprints on the book’s pages. The SDPD, for awhile, thought my book was a real porn book and took the book into evidence for the trial, until they realized they were just armpits. This incident crashed my website a couple of times, but otherwise helped me with high sales for the exhibition. Very ironic. To dress up my Poo-Chis, I used lots of vintage girl and baby clothing. After this body of work. I almost always use vintage garments in my work, whatever the format, to reflect my love for vintage garments and thrifting.

Amanda Joy Calobrisi: In your most recent body of work Unison, the materials and the process have shifted, no camera is involved, instead you are using a scanner, printer, scissors and found objects to create these assemblages. Your conceptual reference is ancient Japan, specifically sacred prayer sites and Housouge.  Why did you choose to reference Japanese mythology now and what inspired these particular materials and strategies?

Mayami Lake: In ancient Japan, those phantasmagorical flowers were used inside of ancient sacred spaces and adored by anxious worshippers in times of natural disaster and uncertain futures. Today, our world and lives are still facing a seriously chaotic time, so I wanted to create my own version of Housouge to ease my anxiety and the anxiety of others. Each layered flower motif is a high resolution scan from antique kimonos. These scans are then output as pigment prints. I have an extensive collection of little girls’ kimonos. I use kimonos as my source material because I adore them and I am intrigued by how once popular things become obsolete over time, and they pass into history. The impermanence of things, or what the Japanese call “Mono No Aware,” has turned into an obsession, and an obligation to preserve the past as knowledge for the future. For Unison, I still used a photographic approach to my materials. I just set my photographs free from the rectangular space. In other words, I am doing everything that photographers are not supposed to do cutting and gluing prints and even touching them without white gloves. I let go of my notion of the “proper” photographic procedures and traditional rectangular or square frames, letting them float in space. So liberating! 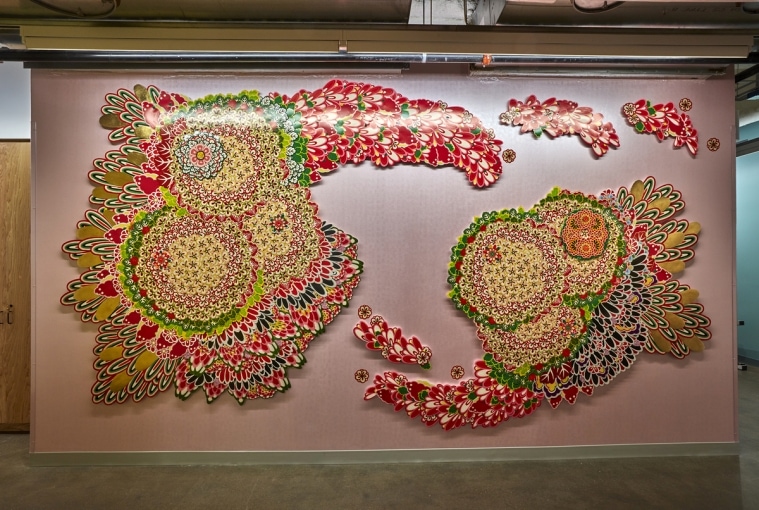 Amanda Joy Calobrisi: Your work often revisits childhood, it tangles fantasy with reality. As a young girl, how did you imagine yourself grown up? Did this fantasy involve living in another country? Would 13-year-old Mayumi be impressed?

Mayami Lake: I always loved to draw since a very young age. As a teenager, I imagined having a job in a creative field when I grew up. But I was too curious about other things. My other interest is language. When I had to choose an area of study, my high school adviser suggested, since I could study art at any age, to study language first while my brain was young. So I took his advice. I studied English linguistics first. Then, I moved to the U.S and went back to art school. First to study painting and drawing, and eventually majoring in photography and moving images. I took a long and winding route, but I somehow combined my two big interests, living in the U.S and practicing art. I would say to 13-year old Mayumi - do not worry, things will happen, and stay curious about everything you like!

Amanda Joy Calobrisi: What are you currently working on? And where can we see your work next?

Mayami Lake: I am currently doing work for the Chicago Artists Coalition’s Hatch Residency show, which opens on September 27. I began working on my current project, Unison, during a previous residency at CAC, their BOLT Residency, 2016-2017. The series took many unpredictable paths, so I am very excited to show the new work in this show. I also have a site-specific installation currently showing in Takamatsu, Kagawa, as a part of Setouch Triennale at Yashima. If you are in Japan, please stop by. Setouch is a very cool place. A few more shows are happening in 2019 and beyond, you can always see what is new and inquire about the full scope of my work at Miyako Yoshinaga Gallery in New York. 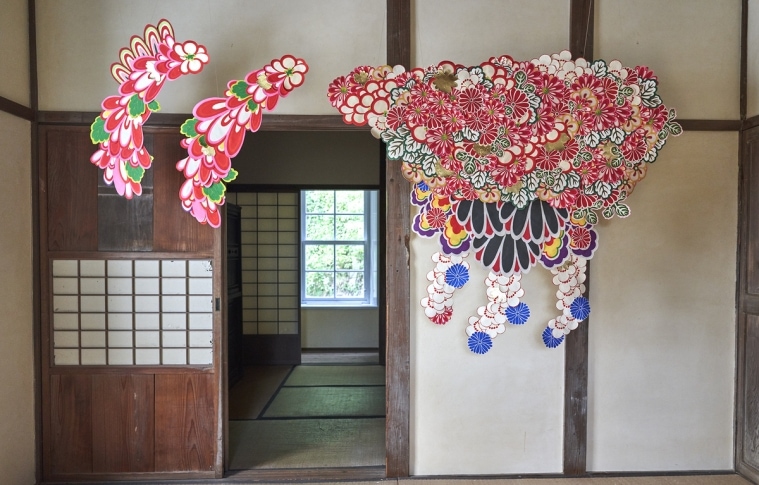 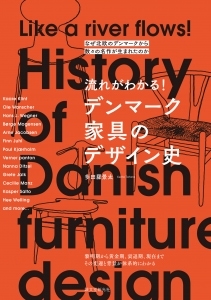