I can’t decide if I think the photograph is pornographic or if it just has pornographic elements. My indecision is a holdover of my evangelical Christian upbringing, I’m certain. I can’t shake that moralistic Midwestern mindset that any artwork featuring nudity can and should be seen as pornographic—a gateway to carnal, sinful indulgence—and shouldn’t be prominently displayed on the walls of a gallery or museum, which are meant for bland, idyllic Impressionist paintings and abstract, monochrome sculptures that you can point at and say, “I could do that.” All our pastors were adamant: pornography is immoral and has no place in our public or private lives. We’re supposed to abstain. No one did. We found clever ways to hide our consumption instead. A lot of the men I knew growing up kept their porno magazines in old milk crates tucked away in some mildewy corner of the basement or, more commonly, they had a stack in their hunting blinds out in the middle of the woods where their wives or moms would never go. There’s fuck-all else to do while you’re sitting in a flimsy wooden box several yards off the ground surrounded by the stringy, diaphanous webs of the many jewel-toned spiders hanging from the ceiling and the rank odor wafting from the faux leather desk chair that’s started to peel and reek of mold.

Most of the magazines I found were soft-core porn and belonged to my cousins, who shoplifted them from gas stations or ferreted them from my uncles’ stashes. The magazines rarely showed penetration. Mostly they were filled with spreads of topless, busty women (big tits seeming to be the primary preoccupation of white, rural American men through the 80’s, 90’s and 2000’s at least.) The women sprawled on satin-sheeted beds and leaned over the leather seats of motorbikes, using their arms to push their veiny, silicone-stretched breasts together, wearing mini denim skirts that just barely revealed the pink and red folds of their vulva. Sometimes there were shots of girls with their mouths hanging open while her hand was wrapped firmly around the shaft of a cock. They were comical. You knew that no girl in her right mind was ever so surprised by a cock that she let her mouth hang open as wide as the exhaust pipe of a semi-truck. These were my favorite images. Although, I was disappointed that the man’s face was never visible, just a cross section of his thighs, his erect, veiny cock, and a small sliver of his abdomen. Some of the pages were wrinkled and stiff with the crust of yellowed, dried cum where one of my cousins had cum on the image. Whenever I snuck away to peruse the magazines, I was so nervous that someone might sneak up on me that I sat rigidly in the chair and trained myself to distinguish between the sound of birds and squirrels scuffling through the grass and the sound of one of my uncles or cousins approaching. I wouldn’t have gotten in trouble, but I couldn’t bear the idea of them knowing that I was looking at the naked girls and (more concerning for me at the time) the few shots of naked men.

One of the photographs Screen (0X5A3705) (2020) features two figures faintly visible behind a translucent manila-colored screen of fabric. The fabric is sloppily cut, the jagged, uneven lines of where the scissor snagged on the textile visible along the bottom of the photograph, revealing a tantalizing view of the dark, wooden blocks and the legs of two Black male figures. The camera is placed in front of the fabric and tilted on its side, like a dog that’s tilting its head in order to hear better. The standing figure is looking down at the second figure, who is sitting on one of the plinths. The second figure is holding the shadow of the first’s cock in his palm. It’s hard to discern, but the faint outline makes me think they have a sizable cock. It’s impossible to tell if it’s flaccid or erect; the first figure’s cock and the second figure’s forearm are indistinguishable shadows. The thought that his cock might cast a shadow that pronounced makes my palms sweat. I lean closer, my nose almost touching the glass. I’m careful not to accidentally brush against it and leave a smudge. I imagine how weighty the cock must feel in his palm, the sensation of the blood pumping through the appendage as it stiffens at the touch. Perhaps it twitches, and has a life of its own.

Yet, I find myself most intrigued by how the two figures appear to be looking at one another. The first looking down and the second looking up. They seem to be making direct eye contact. This makes me laugh. Here’s one figure literally palming the other’s cock and yet their line of sight suggests that they are, at least momentarily, unperturbed by their situation. They coyishly avoid acknowledging the sexual act that’s unfolding, the sitting figure pretending as if there isn’t a taurine cock pulsing like a heart in his palm. The image is static: We are only able to imagine what happened next. The lens of the camera stares back at us, unblinking. The camera stares back at us, saying: you filthy voyeuristic pervert, I’ve caught you in the act of wondering what’s behind this film of fabric.

I am reminded of a passage from Brandon Taylor’s novel Real Life, which I read that morning before driving to DOCUMENT. Near the beginning of the book, the protagonist Wallace leaves a tense gathering at the park with one of his friends Miller, who claims to be straight, and the two end up having sex for the first time:

“Wallace couldn’t remember the last time he had lain with someone this way, in that nearly innocent configuration that comes before sex where both parties pretend to want everything other than that, letting their bodies wind up to the point of unbearable tension.”

Like the characters in Taylor’s novel, Sepuya’s photograph Screen (0X5A3705) is unbearably tense. The two figures can’t remain like that forever. Something has to come next. Holding a cock in your palm isn’t inherently sexual, but the image is charged with possibility. What do they do next? Does the sitting figure adjust the position of their hand, gripping the cock and mechanically pumping it? Does the sitting figure lean forward and slowly slide it into their open mouth? Does the sitting figure lean back, pulling their hand away, letting the cock flop against the standing figure’s thigh? Does the standing figure stoop down and bring their lips against the sitting figure’s, kissing them passionately? All and none of these are possibilities. They can only exist as fantasies. The photograph is fixed and will never reveal what happened after the moment of the shutter click. I decide that several of the photographs in Sepuya’s exhibition are softly pornographic. However, I want to be clear that I don’t mean this as a way to degrade or demean the work, but rather to understand the cleverness of the arrangement and composition. I want to name why they make me feel shameful. 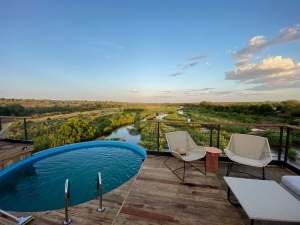 Kruger Shalati: Railroad Ties to the Past